Home » All About Sperm

Know a friend trying to conceive this holiday season? The perfect gag gift for new parents or a new dad: a hand-blown glass ornament shaped like a giant sperm with a Santa hat on, appropriately called, I think I can!

When we think of sperm, it’s often associated with having sex, spitting and swallowing, and making babies, but there are so many other ways it can be used beyond what goes on in the bedroom. With that said, we did some research and put together a list of some great uses for sperm.

Sperm contains an anti-oxidant called spermine that is believed to diminish wrinkles, smooth out the skin, and help with acne. Believe it or not a Norwegian company called Bioforskning synthesized the compound and is selling it as a facial cream. This will set you back about $250. Don’t want to shell out the cash for a sperm facial? No worried, I’m sure you can think of other ways to achieve the same results…Wink Wink 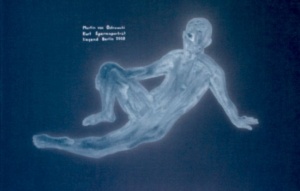 Just to make one portrait Ostrowski has to ejaculate 40 times and experience 1,000 orgasms

The artist known as Martin Von Ostrowski is best known for using bodily fluids as his paint mediums (this includes a portrait of Hitler made from his own excrement).

In 2008, Von Ostrowski put out an exhibition at the Gay Museum in Berlin in which he featured works painted with his own semen. The painting required over 40 ejaculations, which, given the size of the exhibition, suggests that he needed to ejaculate at least 1,000 times. If that’s not impressive, I don’t know what is.

An anti-Depressant for women

A study done in 2002 showed that women who were directly exposed to semen were less depressed. The study concluded that this was on account of mood-altering hormones in the semen being absorbed through the vagina.

Those are just some of the many uses for sperm other than sex.

About the Author: Admin845